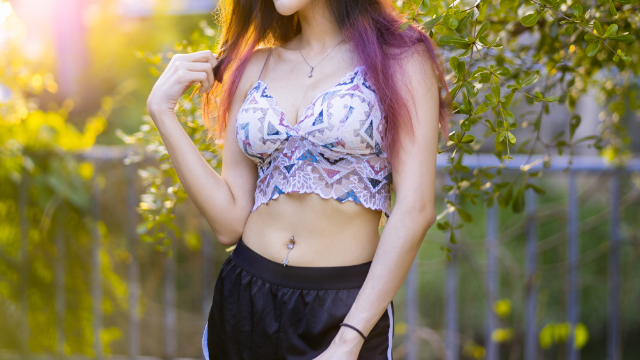 People on Reddit respond to guy shaming a woman who wore just a bra to deal with the heat.

The internet can be a terrible cess pool full of misogyny, racism and general stupidity. But once in a while, it makes us proud.

That was the case on Reddit today, when a guy tried to mock a woman for wearing just a bra to cope with the heat — and got his butt handed to him instead.

The Redditor posted a photo of the woman at the checkout of a convenience store. She's wearing a red bra with a flannel shirt tied around her waist. The caption on the photo: "I know it's hot out, but really, your bra, in public."

Longtime Reddit lurkers might have braced themselves for a waterfall of hate and shaming after reading this. Especially because it was posted to the subreddit /r/trashy, a place that's basically designed for people to shame those who they view as beneath them.