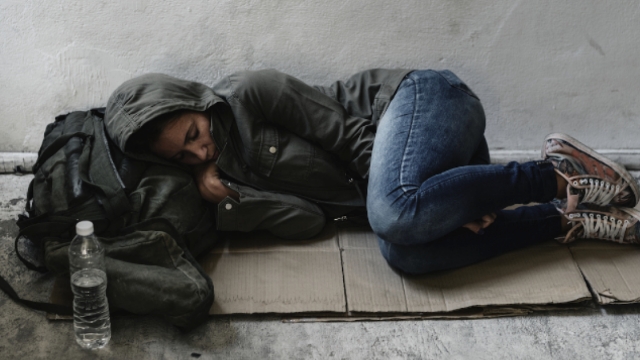 12 people who've been homeless share the scariest thing they saw in the streets.

Plenty of people fall on hard times and end up sleeping in the streets, in their car, or on other people's couches.

And unfortunately, being without a home can leave you in a pretty vulnerable position. A recent Reddit thread asked people who've slept rough to share the scariest things they saw.

1. One person saw an explosion in the night.

There is a drainage ditch in my area that the local homeless people tend to bed down in. A few years ago, when I found myself destitute, I spent one night down there. That night I witnessed a molotov get thrown into another dude's spot which led to a huge fire that ran rampant through the area.

Yeah, I bought a tent the next day and started camping in the local mountains. - JustAFrontDeskJockey

2. This woman left an abusive situation and found herself in more danger — but explained her way out.

Waking up to a shotgun being pointed directly at my head.

I wasn't truly homeless but had no money or bank card and was trying to get back to my parents following nearly bering strangled to death by my ex.

The actual fight happened whilst we were out so I had no spare no clothes, I'd left my wallet at his and only had a dieing phone on me.

I tried getting money for a train but only really managed enough for a bus fare to the next town and decided to try hitchhiking.