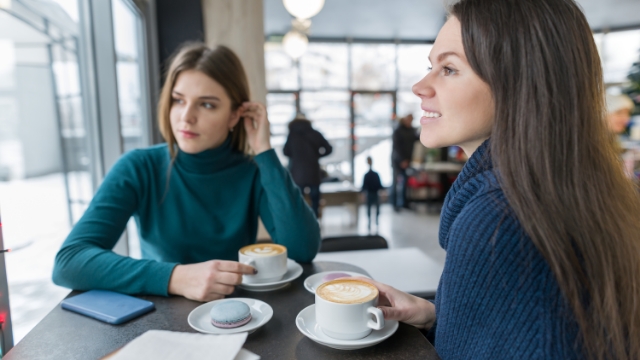 21 people share the last straw that made them ghost a friend.

Not all friendships are built to last.

Sometimes, friendships end. But there's not always a knock-down, drag-out, "Real Housewives"-style fight. Sometimes, a friendship ends not with a bang, but a whimper.

A recent Reddit thread asked people to spill on the reasons why they decided to ghost a friend. What could possess someone to end a friendship without even saying why? Here are some answers.

1. No one wants to be the butt of jokes — and especially not their friends' jokes.

When I realized a lot of the things that made her laugh were at my expense. She thrived off of humiliating me. - BABYPUNK

2. Sometimes you have to quit a friendship so that you aren't enabling an addiction.

Started talking s*** about me to my gf and best mate. His dad had a history of drinking problems and he was starting to exhibit the same behaviour, so i suggested we should both take a break from drinking for awhile and try to focus on some healthier s***. He apparently took that as i'm not the same person and my gf was the person who changed me. - keanureevestookmydog