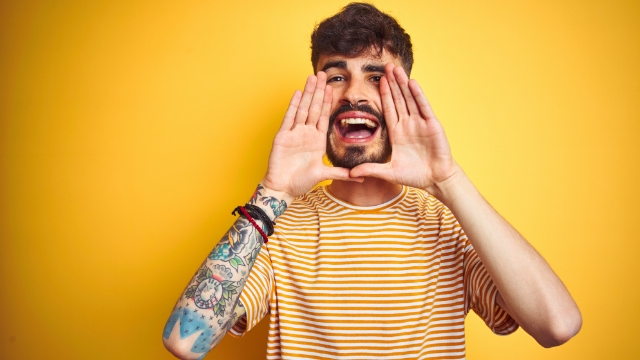 Man asks if he was wrong for booing at 'woke' gender reveal party.

Who hasn't, after giving up a day of their weekend and dropping $100 on a gift, gotten fed up at someone else's life milestone event?

One man felt frustrated by a gender reveal, and decided to make that frustration incredibly clear to everyone in attendance. After he got a mixed reaction from the other guests, he's asked the internet to adjudicate: was he the a-hole in this situation, or were the people throwing the event in the wrong?

The story starts with the man having to drive 45 minutes for the honor of attending a gender reveal:

I (30 M) drive 45 minutes outside of the city to go to my workmates gender reveal party. In the first place, I find this to be an obnoxious new fad, but I try to be a good sport for the sake of my work relationship. I dress up. I bring a gift. I bring a bottle of wine for the party. I am trying.

But the reveal didn't exactly go as he expected:

After much buildup, the couple stand in front of this box-thing with the gender reveal hidden inside. They pull a string, the box falls apart, confetti, streamers etc. and there reads a message "Unassigned!".