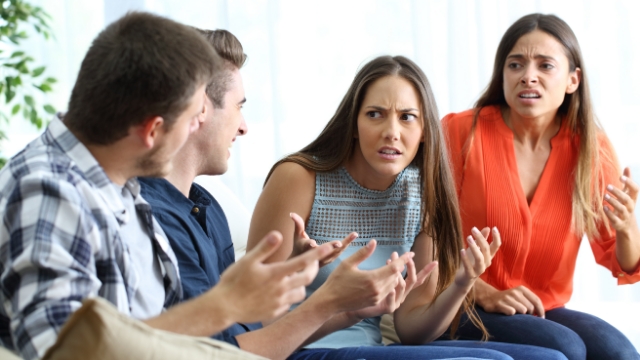 Man asks if he was wrong to mock a baby's name for being too 'white.'

It's easy to form an opinion about someone else's baby name choices. We're only human, after all.

But one man found out the hard way that sharing your negative opinion on someone else's baby name is usually a controversial move, to put it lightly.

The man asked for advice on Reddit after he mocked a friend's neighbor for naming her baby something that struck him as overly caucasian. After another friend protested that he was being racist, he's asking: who's in the wrong here?

And yes, all parties involved are white AF.

The too-white-to-function name comes courtesy of his friend's neighbor:

So a couple of weeks ago I was hanging out with some pals at school break. One of my friends was talking about how her neighbour, who is absolutely lovely but is very much a White Suburban Mum with a Minivan stereotype, has just had a babygirl who she named Mackinleigh, spelled just like that.