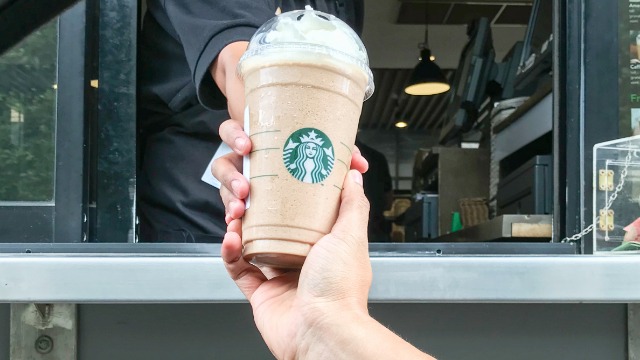 Man asks if it was wrong not to pay for person behind him in Starbucks drive-thru 'chain.'

Getting free coffee is all fun and games — until you're expected to return the favor.

At least that's what one guy thinks. He has taken to Reddit to ask if he was wrong for refusing to pay for someone's coffee at Starbucks, after he got his for free. He decided to break the chain, and now he's wondering if he's an a-hole.

The man says after he got his free coffee, he "drove off":

I was at Starbucks and got to the drive-thru window and was told that the person in front of me paid for me period and I said that's great! and then proceeded to drive off

And got a dirty look from the Starbucks worker:

but the lady was looking at me like I was extremely greedy or something. I purchased two drinks and the people behind me were a minivan full of kids sooo... I would've probably ended up spending more

He doesn't think it's his job to pay: