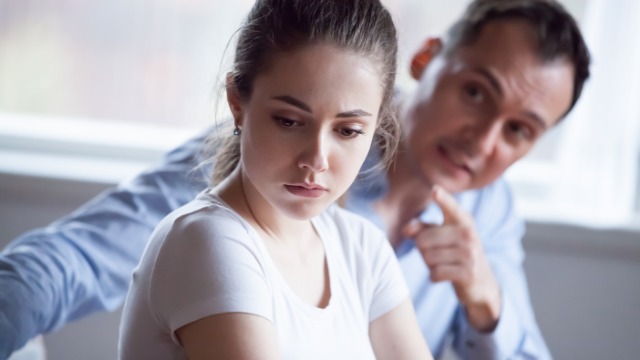 A man who "flipped out" on his pregnant wife for being "reckless" is asking the internet whether he was in the wrong — and people aren't holding back on their opinion that he was, indeed, acting like an a-hole.

The man took to Reddit's "Am I the A-hole?" forum to ask if what he did was wrong. Here's his story.

He starts with the details of their relationship:

My (36M) wife (25F) of two years is pregnant with our first-born child. We've been together for five years. She is 18 weeks pregnant right now. She's a great woman usually . Kind, loyal, and homely. However, I am scared and a bit annoyed by how reckless I've seen her be while pregnant with our child.

It started with his wife *gasp* going grocery shopping:

First of all, she insists on still doing the grocery shopping and carrying bags in from the car. She also still goes running twice a week which I've heard can be so dangerous in terms of encouraging miscarriage! She still drinks soda often even though there's caffeine in it (also harmful).