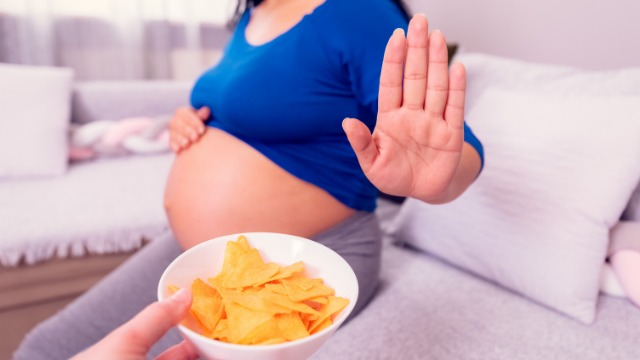 When you're pregnant, you can feel like your body isn't your own — especially when other people are commenting on your weight.

But is it okay for a husband to take issue with his pregnant wife's diet? That's what one guy is asking Reddit after he called his wife "selfish" for not eating enough (according to him).

The man acknowledges that his four-months-pregnant wife used to model and was under pressure to stay thin:

My wife was a fashion model from age 15 to 24. She worked in high fashion and they really stressed the importance of being rail thin. My wife is 5’11 and I don’t think she’s ever weighed more than 125 pounds her entire life.

The doctor told her to gain a certain amount of weight, but the husband doesn't think she's following his instructions:

We found out about her pregnancy 2 months ago. The doctor said during the first 3 months of pregnancy she should aim to gain at least 5 pounds, especially since she’s underweight (currently 125 pounds). He wants her to gain like 30 pounds at least throughout the whole pregnancy. However she has not followed his advice and continues to eat very little (around 1000 calories a day).