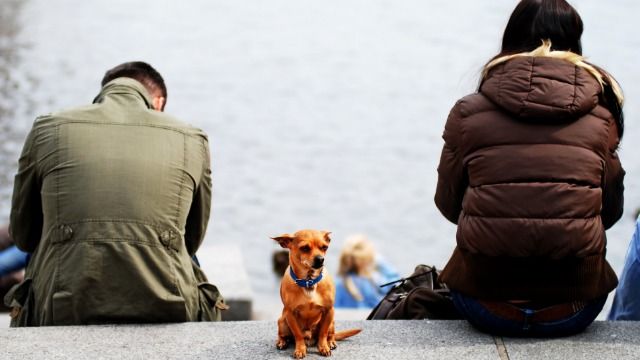 Man asks if he's wrong for telling girlfriend she's too obsessed with her dog.

We all know a twenty-something who's a tiny bit too obsessed with their "fur child." And one man is asking for advice because he and his girlfriend can't agree on what is a healthy level of attachment between dog and owner.

He took to Reddit to ask if he was wrong for telling his girlfriend she's letting the dog "dictate" her life. Here's his story.

He starts out saying that he doesn't like his girlfriend's attachment to her pup:

I’ve been dating this woman I’ll call Julie for a year and a half. We are both 24. Julie is great but if there’s one thing I don’t love about her is that she’s one of those “dog moms”. Like constantly referring to her Yorkie (I think that’s what it is) as “her child” which I can’t stand. She has a stroller that she takes the dog out in that I find utterly ridiculous.