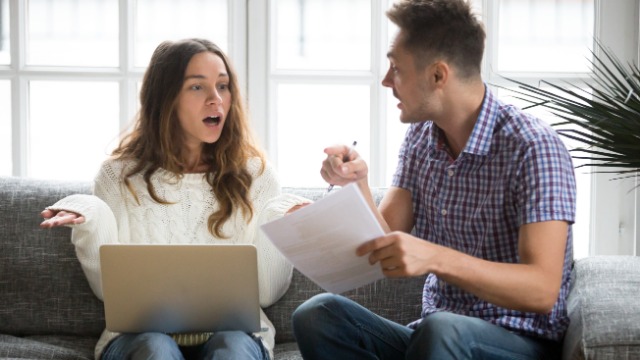 Man shares reasons for naming his spin instructor as 'dream woman' instead of wife in Zoom quiz.

It's safe to say that if you're living with a partner during lockdown, you're learning a lot about them.

One husband's in the doghouse after he revealed a little too much about his fantasy life to his wife and all their friends during a Zoom quiz.

He posted on Reddit asking if he was the a-hole for naming his spin instructor as his "dream woman" during a Zoom quiz, when every other guy on the call named their wife or an unattainable celebrity. Yikes!

The husband in question explained he and his wife were playing a trivia game in which couples compete to prove they know each other best:

So my wife and I have been doing a game night every so often with some other couples via zoom since we can’t go out and see people lately.

We were playing this card game the other night that was like basically a trivia game for couples to play and you are asked a question and you write down your answer and your partner has to guess what they think you answered. If they guess correctly your team gets a point. Whichever couples knows each other the best wins.