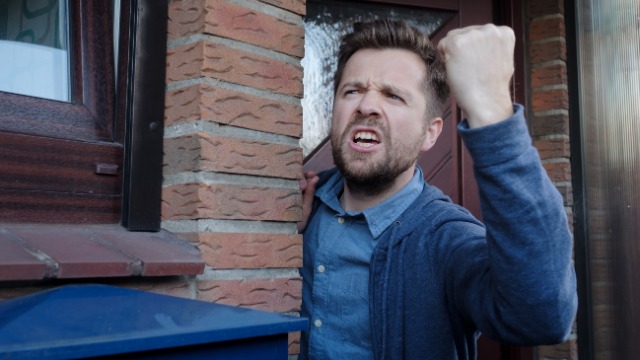 Man asks if he's wrong for telling neighbor not to bring crying baby outside during lockdowns.

Pandemic-induced lockdowns aren't bringing out most people's most patient side. And one man proved that to be the case when he wrote to Reddit for advice over the screaming baby who lives next door.

He's upset that his neighbor brings her newborn outside for an hour every day so he spoke to her about it — and about the fact that his sons saw her breastfeeding. Oh, the humanity. Now, there's a feud going on between this man and the baby's dad, who also lives there. Yikes.

They've all been neighbors for about a year:

I’ll start with context. Our current next door neighbors moved in last year. It was an older (50s-ish) couple and their college age daughter.

They were nice enough and I assumed the daughter was going to be attending the nearby university, which would’ve been fine for a family-oriented neighborhood like ours, but she’s not going to school and I don’t even think she’s had a job this whole time either. Okay, not my business.