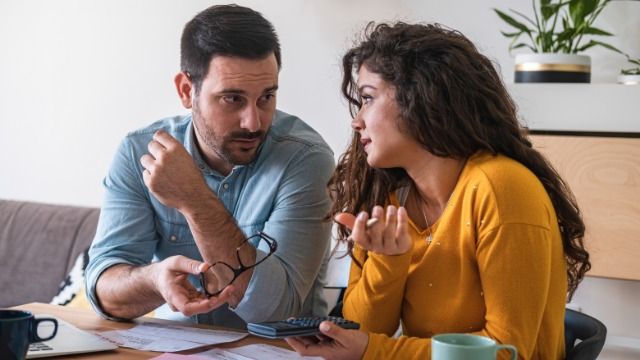 Man asks if he was wrong for telling wife his job is harder than hers.

Many of us are coming up on a year of working from home alongside our partners. And some people are approaching their breaking point.

A man posted on Reddit asking if he was wrong for telling his wife that his job is harder than hers, and that's why he works shorter hours and gets paid more. He wants to know if that was an a-hole move.

He says he makes three times what she makes:

My wife and I have been together for 10 years. We both turned 30 last week (birthdays 3 days apart) and met in college just after we turned 20. We are childfree by choice. My wife is a social media/ad sales manager, and I am a computer scientist. I was promoted just before the pandemic and now make about 3x what she does (we both have Bachelor’s degrees from the same school).

She never realized how much "less" work he does:

This is all relevant because once we began working from home, my wife saw that I “do a lot less work than her.” Essentially, I am given projects and deadlines. If I finish a project prior to the deadline, I spend my extra time playing Xbox, taking the dogs to the park, and keeping the house tidy. Her job is different – she works 8-10 hours a day and is often roped into helping co-workers with projects when she isn’t working.