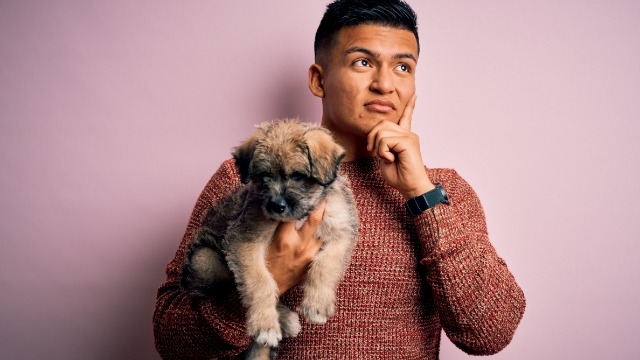 Man asks if it's wrong to buy dog from breeder after being rejected for adoption.

The #AdoptDontShop movement to rescue pets from shelters instead of buying from breeders or pet stores has been gaining ground in recent years — but one guy is asking for advice after his efforts to adopt didn't quite pan out.

The man took to Reddit to ask if it would be an a-hole move to buy a pup from a breeder instead of a shelter. He's been rejected from a few different shelters, and he explains why.

It's been about two years since he started his journey, and he says he had to put one rescue dog down:

I (25m) have been wanting to adopt a dog for about two years now.

The first year, I adopted my first dog. However, the first week I had her, she had seizures that the shelter 'forgot' to disclose to me, saying they were stress induced and most likely I just needed to wait it out. Nope. The veterinarian said it was a pre-existing condition and that the shelter should have told me before adoption. I kept her for a month but eventually, the vet and I had to put her down.