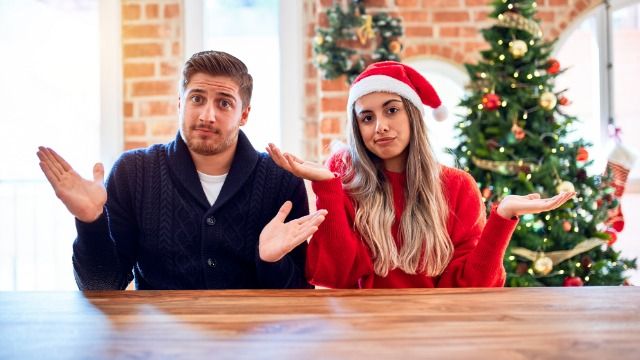 Man asks if he's wrong for bringing new fiancée to Christmas after 'famous' cousin asked him not to.

Christmas must be stressful enough without your cousins' significant others gawking at you and asking for pictures. But that's allegedly the reality for one celebrity, whose cousin brought his starstruck fiancée to dinner despite being asked not to.

The famous person's cousin posted on Reddit's "Am I the a-hole?" forum to ask if he was wrong for bringing his new bae to the family gathering. Here's his story.

He says his cousin's a pretty big deal.

My cousin is very famous. Yes, you have heard of him, and no, I won't tell you who he is. We'll call him Terry.

When we have family functions (mainly for holidays), Terry likes for them to be only family so he can "be himself" and get drunk and pass out on the couch and share Hollywood gossip with us, otherwise he feels like he is being interviewed and having everyone talk to him or want a picture and he has to "be in promo mode."