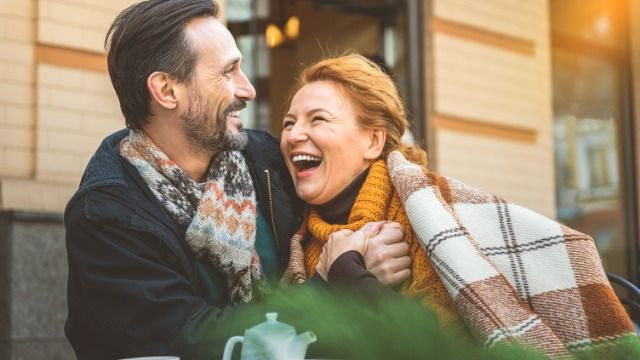 14 people who met their soul mate after 30 share how it happened.

When you've been in the dating trenches for years — or even over a decade — finding a partner can start to feel really, really rough.

But so many people are meeting their soul mate after 30, and not just on dating apps. A recent Reddit thread asked, "People who met their partners after 30, how did it happen? Do you wish you had met earlier?" From bar arguments to stand-up comedy shows, here are the best answers.

1. Thank goodness she checked her inbox.

Sent her a message on OkCupid, but then she set her account to inactive without seeing my message. Two years later, she reactivated her account, looked at her old messages, saw mine at the top of the queue, and the rest is history. - stanleyford

Met eight years ago at an old car meet in Nevada. Spent a little time together, a bunch of the older ladies shoving us together whenever they could, hence I avoided him the rest of the trip. He lived in Texas. I lived in California. A year later he called to ask me a question and three hours later we got off the phone. Same thing the next day. Same thing the next day. I invited him to come out and visit because we were having an event at my house. To my utter shock he came.