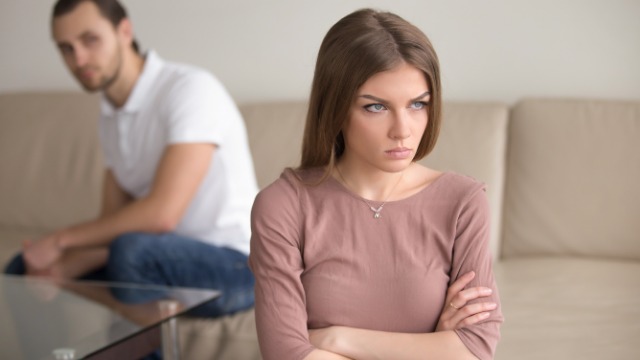 Woman asks if it was okay to stop husband from hanging out with single female friend.

We all know we're supposed to be chill about our partner hanging out one-on-one with friends of all genders — but sometimes, that's easier said than done.

A woman whose "alarm bells" are going off has asked Reddit if it's okay to ban her husband from seeing a family friend after he's been caught misbehaving on a regular basis. Here's her story.

She says her husband has done "shady crap" before:

So I (32f) and my husband (39m) have been married almost 9 years and been together 10. We have 3 children together. In those 10 years he has done shady crap like talking to other girls in inappropriate ways. He also lies and sneaks with drinking but thats a whole other thing.

She has caught him red-handed:

Anyway its only been twice (that i know of) that i caught him texting inappropriate things with another girl. I assumed we were working past that. The last time was only a few months ago. Hes always been the type to have lots of female friends and thats fine. Im not the jealous type and i have plenty of male friends. But because of the past texts he is still supposed to be building my trust in him.