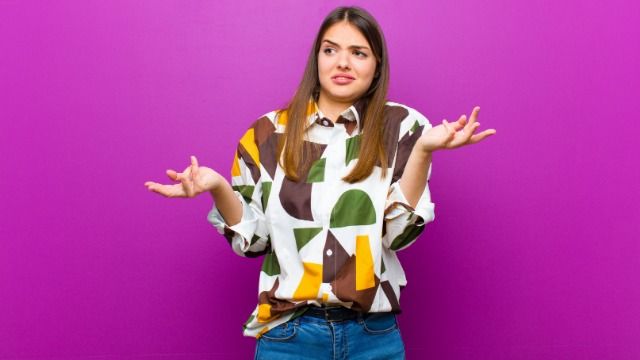 Woman asks if she was wrong to blame friend's breakup on her lockdown weight gain.

Honesty's not always the best policy, especially when it comes to your friends' appearance.

One woman is finding that out the hard way after she confirmed her roommate's suspicions that her very shallow ex dumped her because she'd gained weight over lockdown. She's taken to Reddit to ask if she did the wrong thing.

The couple were together for under a year:

My friend and roommate Kim was dating Dave for a little less than a year.

Withing the last year Kim has gained about 15-20 kg [33 to 44 lbs]. I won't disclose too much but this was in part due to the lockdown and closing of gyms.

Kim is insanely beautiful in my opinion, regardless of weight. But her Ex Dave broke up with her a couple months ago. He told her he no longer feels attracted to her.

He didn't mention her weight:

Kim was devastated. I felt horrible for her and I was there for her and supported her to the best of my abilities. According to her Dave did not mention her weight as the reason for the break-up, but she said that it was obvious.

Our friendgroup has been talking a lot of shit about him, and at first I understood and agreed to most things but recently I have been bothered by the 'hate' he is getting.