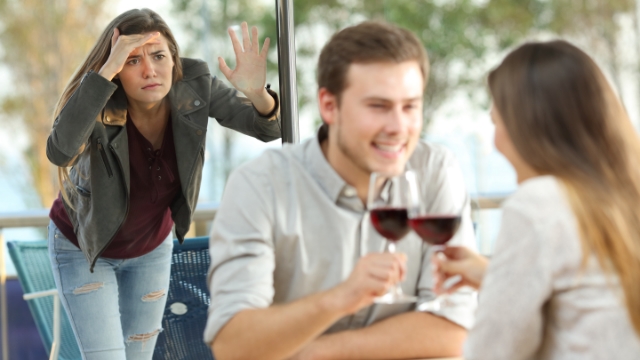 Woman asks if it was wrong to catfish her sister's fiancé after it backfired.

It's never fun to find out someone you know is being cheated on — especially when you have to decide whether to get involved or not.

One woman asked for advice on Reddit after her plan to expose her sister's potentially cheating fiancé backfired horribly. Now that her sister's turning on her, she's wondering: was it an a**hole move to get involved in the first place?

It all started when the woman was swiping on a dating app and found a profile of her sister's fiancé under a fake name:

I was a bit taken aback at first because they’ve been together for 8 years. I didn’t want to mention anything to her straight away and start a ‘storm in a teacup’ as they say, and I thought maybe it was an old account that he had forgotten to delete, or maybe not even him at all and just a striking look a like.

She decided to channel her inner Nancy Drew.

So I made a fake account using a random womans photo and fake name. I matched with my sisters fiance and sent him a message to see if he’d respond. Surprisingly he responded within 30 minutes. He said he’s single, I didn’t want to waste time so I sent some pretty flirty and suggestive messages which he also did in return. I asked him if he’d like to meet up someday for a coffee and ‘fun’ after if the coffee date went well and he agreed.