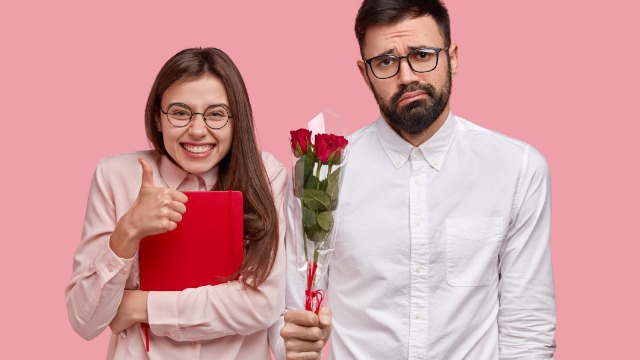 Woman asks if she's wrong for giving $800 engagement gift to her male friend and not his fiancée.

It's okay to skip out on getting a couple an engagement gift and wait until their wedding to shower them with generosity. It's not like we're all made of money.

But getting only one member of the couple an engagement gift, because you "don't have a relationship" with the other? That's a different matter altogether.

One woman recently posted to Reddit asking if it was okay that she'd only gotten a gift for her male friend, and not the woman to whom he'd just proposed. Here's her story.

They've been friends for 10 years:

So I (28F) been close friends with my friend Jack (27M) for more than a decade. He lives in a different city now while I still live in our hometown, but we still talk everyday and are basically each other’s confidantes.

Jack has found "the one":

Last year Jack began dating Ashley (26F) and within two months of seeing each other, they moved in together and Jack told me that he really thinks that Ashley is the one. I was happy for Jack because he’s been through a string of toxic relationships before Ashley, and based on the things he tells me about her, she seems like a stable and sweet person.