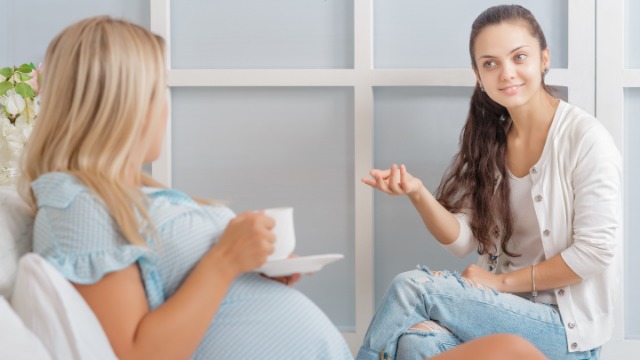 Is it possible to "steal" the name of a baby that isn't even born yet?

That's what one woman is wondering after her friend stopped speaking to her over a baby name dispute. She took to Reddit to ask if she's in the wrong.

Her friend is five months along, and the two women have talked about names:

So, my best friend is about 5 months pregnant. When she first found out we had fun brainstorming names together for both boys and girls. When she found out she was having a boy we were thrilled and she settled on the name Josh. I’m not going to lie, as soon as we knew it was a boy all the other name options kind of evaporated from my head... maybe that makes me a shitty friend but it’s the truth.

She's now pregnant, too, and found out she's having a girl:

Then, last month I found out I’m pregnant as well, and at 10 weeks now I’m far enough along to take one of the at home gender reveal tests, and we are having a girl! We are so excited and settled on a name (Ada) that my husband and I love and is a family name for both sides of the family.