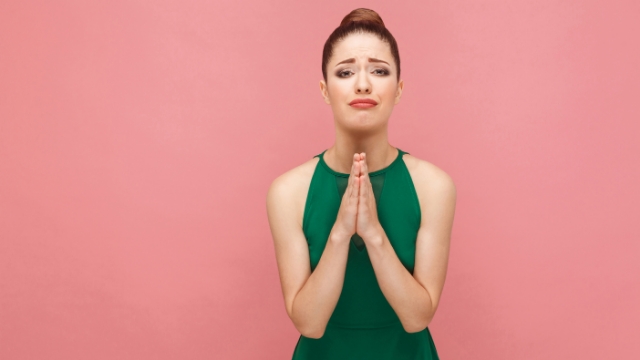 Woman wants fiancé to pay for her hair and wardrobe to attend his work events.

Keeping up appearances for work purposes can be pricey — and one woman is hoping her fiancé will pick up the tab.

The woman in question is engaged to a guy whose profession requires him to attend fancy events with his significant other by his side. The costs are racking up, so she asked her dude to pay for her clothing, hair and accessories. He thought the costs were excessive, so she asked Reddit who's in the wrong.

The back story: the woman has to attend one to three of these soirées a month.

My fiance's work throws a lot of compulsory social events that involve a dress code. Usually 1 a month, often 2 or 3. I'm not one for dressing up but when he has these things I always go with him and dress according to the dress code. I have 3 passes a year to not go.

And if she repeats an outfit, other people will actually call her out...

At the last fundraiser one of his coworker's wives asked me if the dress I was wearing was the same dress I wore a couple months ago to another event and I say yes. The coworker hears this and asks F if he can't afford to buy me a new dress. F thought the coworker was a dick but later told me he was embarrassed by the "joke" and asked me to get a new dress for next time.