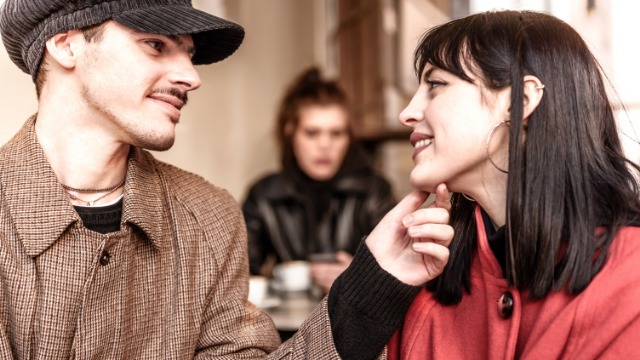 Woman asks if she was wrong for pointing out her sister's lip injections in public.

Most people agree that bringing up someone else's plastic surgery in front of strangers is rude. But are there some situations where it's warranted?

That's what one woman is wondering after she called out her sister for having lip injections in front of strangers. She posted on Reddit looking for advice — and in her particular situation, most people agreed she was in the right.

The woman and her sister are close, but very different:

My older sister and I have always been best friends, but completely opposite. My sister is also extremely insecure, which is crazy because shes beautiful. She also recently got a divorce from her husband, as she was unfaithful and they couldn't work through it. She ended up going a bit off the deep end after the divorce, but nothing crazy...except lip injections.

She says her sister's new lips are "huge" but she's denying she had them augmented:

Neither of us have small lips, but she chose to inflate her top lip to a huge size, and she refuses to admit she got them done to me or any family. That's fine and I don't care, her body her choice--but I think its dumb to deny it.