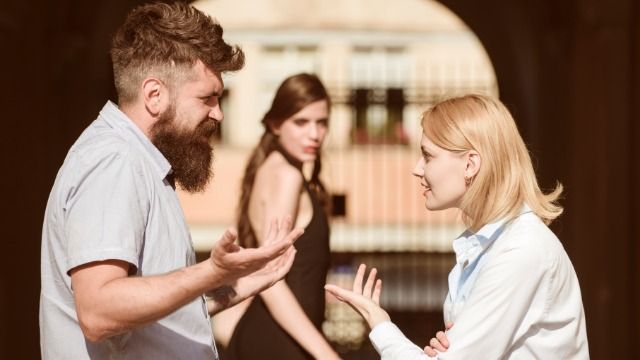 Woman asks if she's wrong for moving to same neighborhood as her ex and his new wife.

In an ideal world, you'd never have to see your ex again — but what if you decide to move to their neighborhood?

One woman is asking Reddit whether she did the wrong thing by moving to the same neighborhood as her ex. What's more, she's refusing to leave even though the ex and his new wife have confronted her over it.

The woman says she was engaged to this guy until he cheated on her with his now-wife:

My engagement to “Matt” ended after I found out he was cheating on me with “Claire”. He ended up marrying Claire after I broke up with him. During our engagement, we were looking to move into a new house. Everything was ready for us to move in, we just had to sign the paperwork. Matt ended up moving into the house with Claire.

She was living with her ex, in a house she picked out, until he kicked her out:

This all happened 4 years ago, and I’ve moved on since. My fiancé and I were living in his house until two months ago. He decided he wanted to demolish and rebuild it, so we had to find another place to stay whilst it’s being built. We ended up finding a house in the same neighbourhood as my ex and his wife. When Matt and I originally found the house he now lives in with his wife, I did ALL of the work finding it. I absolutely loved that house and I was more upset about not being able to move into it than finding out they were getting married. Also, the owner told us he would only rent the place to us for a year because he was planning to sell it so I didn’t actually think they would still be living there.