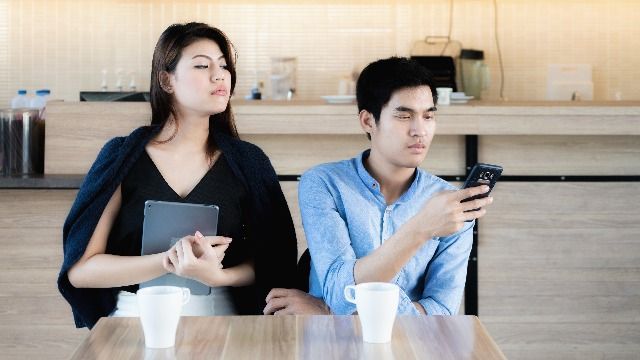 Woman asks if she's wrong to be mad at her boyfriend for liking his ex's Instagram.

If you use Instagram, you know there are certain things you don't do. For example, an unofficial commandment is "Thou Shalt Not Like A Photo That Is Years Old," because it sends the recipient a notification that basically announces to the person that you've been stalking their archive.

A woman posted on "Am I The A**hole?" about her fight with her boyfriend over Instagram etiquette when she saw that he liked one of his ex's posts. The boyfriend previously had trouble setting boundaries with his ex, and it made her particularly sensitive.

My (24F boyfriend (24M) and I have been together for a year and recently moved in together. We have a pretty good relationship. He is an engineer and I am a law student. We have 3 cats and a lot of common interests.

When we were first dating, there was one major issue: his ex. They were still in contact, and she would call him all the time and they would occasionally hangout. He said they were strictly friends. Later I found out that she had cheated on him and ruined his mental health. But he still kept her around as a friend. He even helped her fix her car. She would call him often and ask if I was around and if I was she would say ill talk to you later. One day while were in bed (about to do the deed) she called him and he answered the phone. That's when I lost it on him.