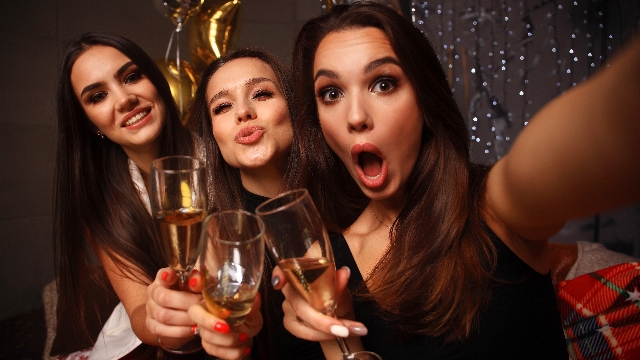 Bride fires bridesmaids for going on bachelorette party without her when fiancé was in ER.

There's no "I" in "bachelorette party."

A Maid of Honor got fired from the wedding party when she didn't cancel the bachelorette party when the bride had to stay home to be in the hospital with her fiancé.

Dependent-Ferret asked Reddit, "AITA [Am I The A**hole] for going on the bachelorette without the bride?" It sounds bad...because it is.

The ex-Maid of Honor writes:

I'm the groom's sister and the bride, Jessie, asked me to be her maid of honour, and there were 2 bridesmaids, Jessie's cousins. We were all excited for the bachelorette and then Jessie said she didn't want one because she couldn't be arsed to plan it. I offered to plan everything, and I planned the perfect weekend at a spa hotel. If Jessie had any complaints she didn't tell me about them. The hotel was a few hours away so we agreed to meet there, and me and one of the cousins sorted out childcare so we could go as we both have kids.

On the Thursday night before we're meant to go Jessie calls me from A&E (emergency room). My idiot brother was on his bachelor party (a 3 day adventure trip), and fell from high enough to break a couple bones. Jessie says she now can't go to the bachelorette and as the hotel has free cancellation until noon on Friday, can I cancel the hotel. I try telling her how excited everyone is and that we can't go without her but she won't hear it and just tells me to cancel and hangs up.