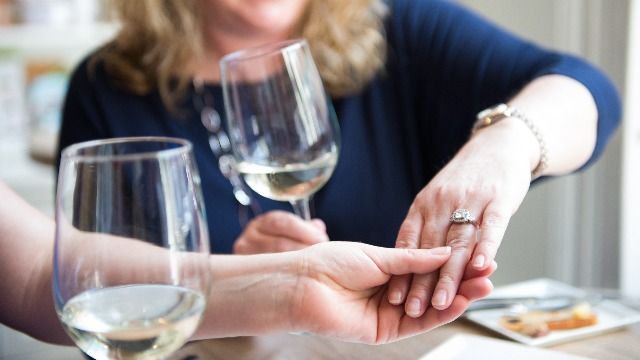 Mom asks if she's wrong to refuse to give son's fiancée her own engagement ring.

We are living in a material world, and a recently engaged man is accusing his mother of being a material girl.

A mom posted on "Am I The A**hole?" after she turned down her son's request to take her engagement ring off of her finger for him to give to his fiancé. The son asked his still alive mom to fork over her diamond ring so he wouldn't have to buy a new one, and was upset that she would rather not part with it.

My son, Sam, (26) and his longtime girlfriend, now fiancee, Emily, (26) finally decided to get married. They had announced their engagement privately to my husband and me, and after the initial excitement, they said they had something important to talk to me about.

Sam wanted my engagement ring to give to Emily. Sam said this would be a great way to keep him from starting his marriage in debt from having to buy a new expensive diamond ring. Emily also added that she has liked the look of my ring a lot and would love for me to pass it down to her.