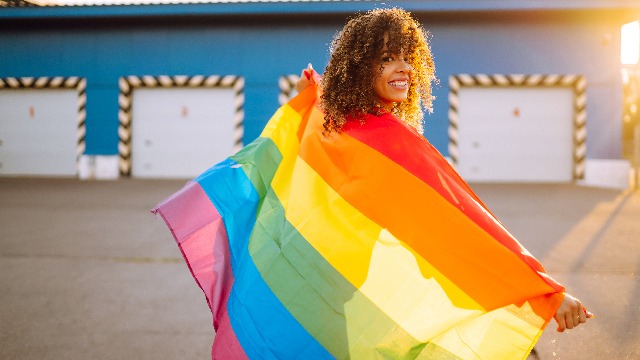 Woman asks if she was wrong to hang up rainbow flags to annoy her homophobic landlord.

Breaking news: people keep their possessions in their apartment, and people's possessions reflect their lives and interests.

A landlord is worried that having an out and proud lesbian in a building she manages would scare away potential tenants. While insulted, a lesbian woman was willing to accomodate the homophobe who controls whether or not she has a place to live for the next month. But when the landlord went too far, the tenant began trolling in technicolor.

In post titled "AITA (Am I The A**hole) for adding pride/rainbow things to my aparment to annoy my landlord?", the tenant wrote:

I’ve been renting an aparment for a year now and it’s been awful so I’ve decided to move. I gave my notice so I can still live here for a month. Anyways, because I am moving the landlord and the renting company (that she owns) have started to put up ads of the aparment and giving tours but because I still live here, all my stuff is here. I’m a lesbian but I don’t really like the lesbian flag so I have tons of rainbow things. The most noticable is my huge flag that I’ve made a curtain door out of. After the first tour, my landlord contacted me to take it down because it was "scaring away possible tenants." I found that kind of hurtful but I did take it down whenever I knew someone was coming.