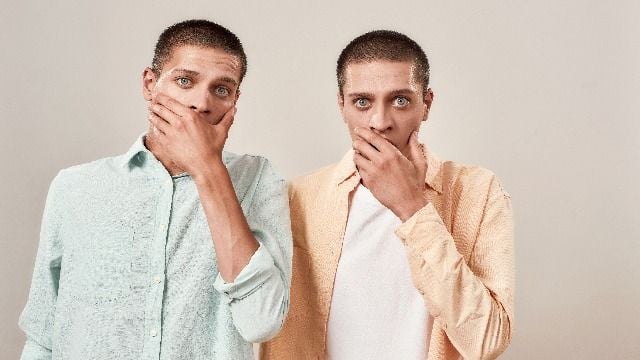 Woman asks if she was wrong to tell her boyfriend she'd date his twin.

It's not easy being a twin, according to twins. A woman dating an identical twin found out the hard way just how sensitive individuals with doppelgangers feel if you implied that they are interchangeable.

My (24 F) boyfriend (25 M) has an identical twin. And I really mean identical. They’re almost impossible to tell apart, and they have really similar personalities and interests.

I met my boyfriend at a concert that his twin was supposed to attend. The twin got busy last minute and gave the tickets to my boyfriend. 3 years later (last week), my boyfriend’s twin mentioned how crazy it is that my boyfriend wasn’t even supposed to be at the place where we met, and how coincidence is wild. I laughed and said that I probably would’ve started dating the twin since they look so similar and the first topic of conversation that I had with my boyfriend is something the twin is interested in too. But I explained that now, I wouldn’t want to date the twin over my boyfriend because I am more attracted to my boyfriend and he and I work really well as a team.