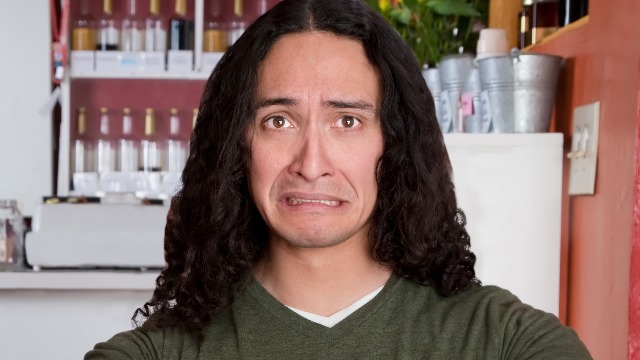 16 people share stories of attempts at being funny that went embarrassingly badly.

Comedy is all about timing. As in, hopefully you don't jokingly say "yo mama" when somebody's mama just died, and steering clear of Nazi jokes at the Holocaust museum.

People were brave enough to divulge stories of their most awkward, cringe-y attempts at being funny, and anyone who has ever made a joke can relate. Nobody—especially not comedians—has a perfect batting average.

A girl had what looked like a little spot of bean dip on her upper lip, and I jokingly said that she kinda looked like Hitler. She started crying. Turns out it was a permanent scar that happened recently.

Another time I saw a girl crying at a party, and I just said "Hey, it's okay. Guys are dicks." It was kinda my go-to before this when I saw crying girls at parties, and it usually cheered them up. Turns out her boyfriend just died in a car crash.

So anyway, that's why I never talk to people anymore. -Satyrane