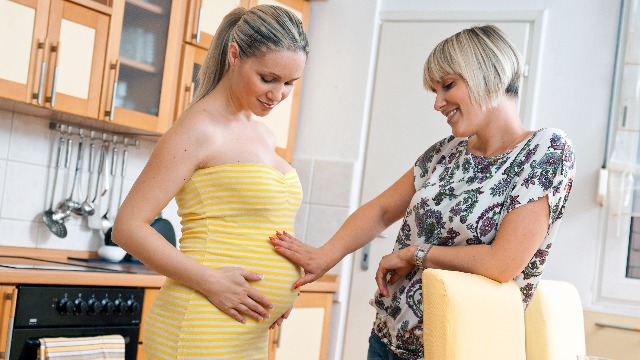 Woman asks if she's wrong to criticize her sister for planning to name her baby after a mushroom.

A name is one of the most important things that a parent gives their child. A kid is stuck with their name until their old enough to know that they can change it, and they hear it multiple times a day. It becomes a part of their identity. For that reason, a woman is concerned about her future niece who is likely to be named after a mushroom.

The latest baby name drama on "Am I The A**hole?" puts the FUN in fungus. A woman asked the internet to tell her she's not a jerk for intervening when her sister said she was going to name her baby Portabella.

Portabella, as in portabello. Or, A portmanteau of Port-a-Potty and Isabella.

My sister is in her third trimester of pregnancy, and she's about ready to pop any day now. We're all excited about her new baby. Ever since the pregnancy began, my sister and BIL [brother-in-law] have kept their name choice a secret from everyone, even their closest friends and family. My sister and I are pretty close (we can be dicks to each other every now and then, but at the end of the day we'd still take a bullet for each other), so last night she decided to share her baby name with me.

The name is Portabella (and yes, she did give me permission to share it here). Like the mushroom. At first I thought she was joking, but then she started saying how we could just call the kid Bella for short. There's obviously nothing wrong with Bella, but I think naming your kid after a mushroom is weird. I told my sister that she can name her baby whatever she wants as long as BIL is on board, but she did not take this well.