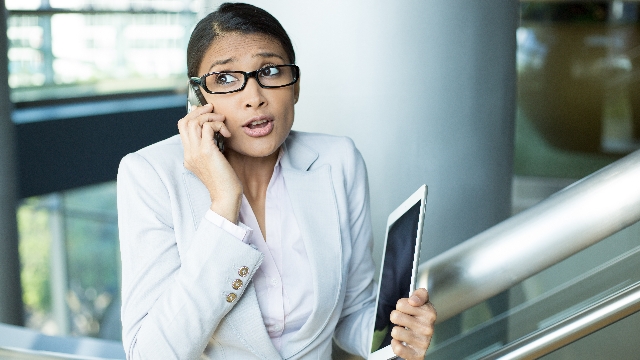 14 people share the worst mistakes they've made at work.

While your biggest mistake at work is getting distracted and reading this very article, some people's "oopsies" have some pretty dire consequences.

People confessed their biggest on-the-job mistakes, and you'll be glad that you've never been near anyone near three million dollars.

1. grigri's career is dead and buried.

Accidentally uploaded the email templates to the wrong website. The email template I uploaded was from an organic farm company with a message like "If we don't get back to you soon, we're probably knee-deep in mud".

The company I uploaded it to? Yup, Funeral Directors.

2. tehichigo was probably fired as a son.

I lost my father's company 3 million dollars in assets due to a typo. As an 18-year-old intern.

3. Tapes or it never happened, ayothrowawayo.

I used to work for a TV company that makes a lot of high profile shows, including one of the most popular shows on British TV, which is also broadcast around the world.

Our client had gone out on location and shot all their footage for an episode of this show and brought it back to my work... Only for me to then lose their tapes. The show goes out on a Wednesday night, and it got to the Sunday beforehand and we still couldn't locate five of their tapes of footage, because I had put them somewhere, and not in the location I logged them into on our system.