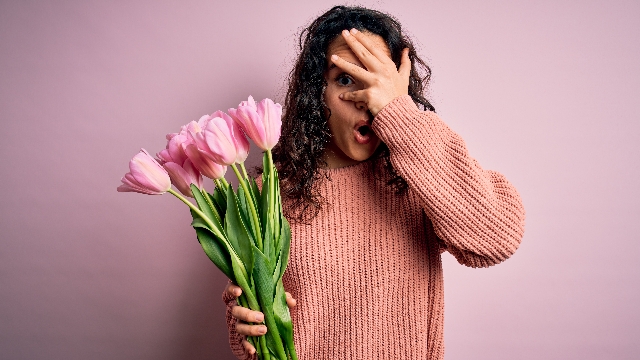 17 people share the creepiest way someone expressed their 'love' to them.

Romance is in the eye of the beholder, but a declaration of love should never, ever, ever involve bleeding and blood.

People shared the creepiest, cringiest things that people with crushes on them did to prove their devotion, and they put the "sick" in "lovesick."

These people thought they were in Love Actually, but they were actually in Criminal Minds.

1. allygunz is just that good a kisser.

He got a tattoo of my name on his arm. We only made out once at a party and I had no interest to date but apparently he took it to heart. It was embarrassing to have to tell people he was not my boyfriend and they would look at me like I had three heads. They would be like "Damnnnnn, you are either a real b*tch or you sucked his d*ck to make him fall that hard for you that he tatted your name on his arm!".And I'm all like, " no, we just made out at a party and I never even touched his dick but apparently he's a psychopath."

This followed me around for years as I was raised in a small town.