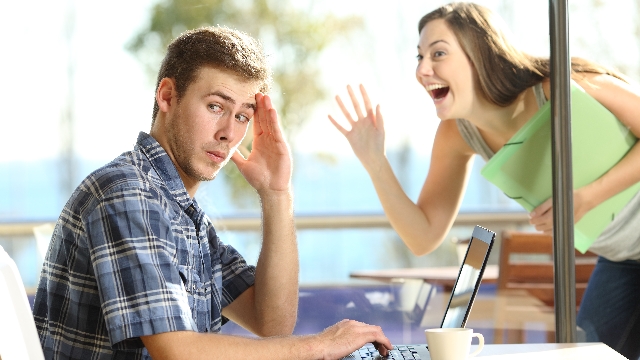 17 men share the 'creepiest' things women have done to them.

Women can do anything men can do... including be creepy stalkers.

Men on Reddit, finally given permission to share their feelings, are telling the stories or the scariest, strangest things they've ever seen women do, and it's eye-opening.

1. louiestarrz, the fairest of them all.

I met this girl when I was out one night. She was nice, seemed normal. Went to her house and there was pictures of me around her mirror.

On a first date she asked "if you were going to kill me, how would you do it? I know how I would kill you." Then proceeded to tell me her plan on how she would kill me and get away with it.

I had an ex-girlfriend stalk me for 5 years. I had a restraining order against her that included my grandparents (she had been bothering them) and my parents, but I didn't think to include my sister because she lived in a different city.

This woman stalked my sister and ended up approaching her at a music festival. She was wearing (this is so insane) one of those hats that has fake dreadlocks attached to it, and she was trying to pretend to be a stranger and get information from my sister. Now, keep in mind 1) She was white as f*ck, 2) That was the only thing she did to "disguise" herself, and 3) MY SISTER F*CKING KNEW HER ALREADY.