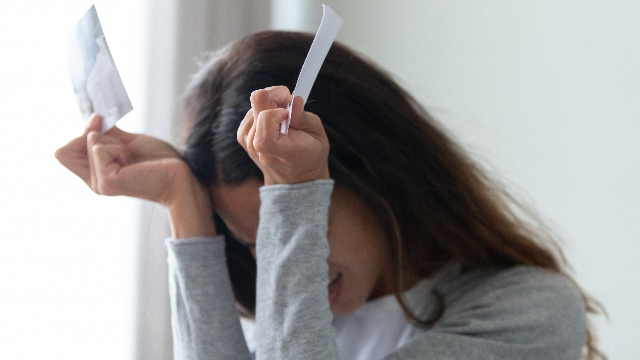 13 people who had to disown or cut off a close family member share what happened.

Sometimes you just need a good cry, and if now is one of those times, then here is the Reddit thread for you.

People opened up about the toxic behaviors and devastating tragedies that tore their families apart, and we're sending them love from afar.

My parents disowned my oldest sister. I'm the youngest of three girls. My oldest sister had a horrible relationship with my father, blames me for getting in the way of their relationship. She had her first baby (to spite him) when she was 16 years old. My father refused to give her money because she met a deadbeat child predator, and got pregnant again, the again, and again. She constantly put herself and deadbeat before kids. Dad would send money to girls for Christmas and birthdays and never heard a thing, he finally gave up... She's 30, has six daughters, and lives in a mobile home in North Carolina.

We hadn't seen or heard from my sister until June of this year. My oldest niece contacted me asking to come to Florida (where I live) for the summer to get her and her sisters out of the trailer. I agree, contact sister and she agrees, I set up plane tickets and organize the rooms they'll stay in. When they got here, they were completely disheveled. Clothes visibly dirty, smelled foul, so covered in lice that my white towels stained gray from removing them. My niece informed me that they had been without water and electricity for 6 months. They live in a 2 bedroom mobile home, there are holes in the roof, bugs and rats everywhere. As a family, we decide the girls aren't going back to North Carolina.

We tell my sister to come to my parents house in Florida to get her life together and get back on her feet. She refused because deadbeat is not invited. Ironically, she found out that deadbeat is cheating on her. She confronts him and he kicks her out of shit hole trailer. Deadbeat said "I would rather be homeless than live with you". Sister now works for the dollar store and doesn't pull her weight with kids. At least the girls are safe now

......My parents had disowned my oldest sister when she moved to North Carolina with deadbeat for six years until my niece reached out to me through Facebook. I had never even met my two youngest nieces until this event. I regret turning my back on my sister. I really hate her and what she put her babies through, but if we stayed in her life for those six years we maybe could have prevented this.