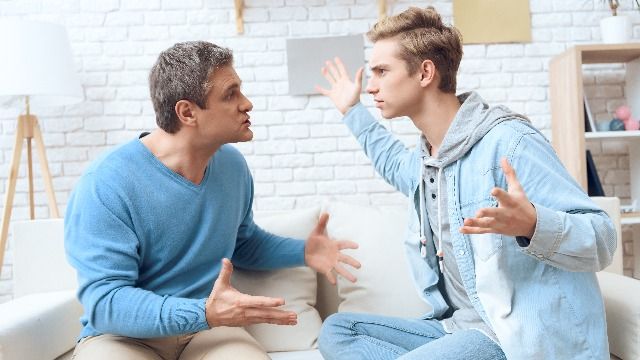 Dad asks if he's wrong to punish son for calling him by first name.

A dad is pissed at his sixteen-year-old son who is doing that teenage thing where he disrespect his dad in petty ways. Being an annoying little scamp is widely accepted as a rite of passage during puberty, but this dad will not stand for it, and refuses to be addressed by anything but "Dad."

My wife (his mom) told me not to get too hung up on this, since it really isn't an issue, I told her that it is an issue, for me - just not an issue for her since son still calls her mom.