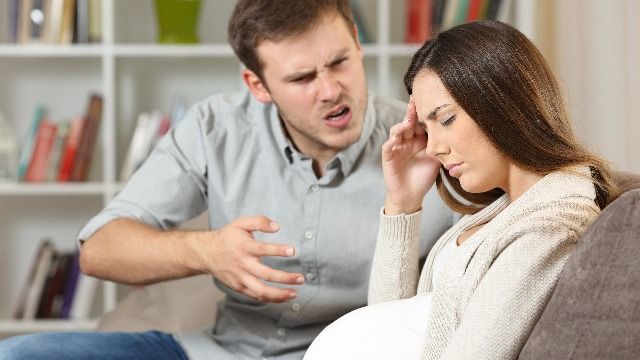 Dad asks if he's wrong for refusing to let son have both his and his wife's last name.

People across the internet are coming together to roast a man for insisting that he has veto power over his son's last name, and for fancying himself a progressive champion for "letting" his wife keep hers.

The dad-to-be posted on "Am I The A**hole?" after a fight with his wife over her desire to hyphenate their unborn son's last name. The dude seems adamant that the extra syllables will ruin his kid's life, and is being incredibly harsh about it.

He provided the context, via the first "name war":

I (M32) have been with my wife (F30) for 3 years. she comes from a country where women get to keep their maiden name after marriage which was fine with me though as someone who comes from the south my family pushed for my wife to take my last name but she ended up keeping hers which made my family somewhat unhappy saying it was disrespectful of her to keep her maiden name but thankfully they got over it and things got better and we reconciled later.