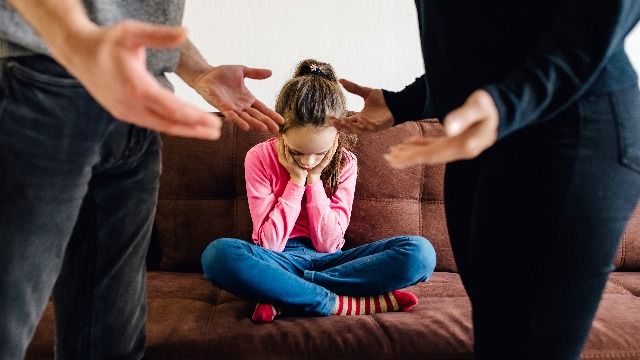 Dad asks if he was wrong to not enforce his ex's punishment for their daughter.

We all know the phrase "my house, my rules"—but does a parent have the jurisdiction to enforce a punishment at their ex's house?

A dad who co-parents a 12-year-old daughter with his ex-girlfriend got people talking about the dynamics of co-parenting from two seperate households.

He explained in an "Am I The A**hole?" post that when it was his week with his daughter, his ex dropped her off with the announcement that she's been grounded. He wrote:

My ex-girlfriend and I have a 12 year old daughter. The way we do the custody is alternating weeks. We both feel it's fair and that's what works best for us. Last week was my week. When she was dropped off, my ex felt the need to inform me that she'd grounded our daughter for 2 weeks over, what she called "consistent disrespect" in the form of skipping chores and "back-sassing" her mom.