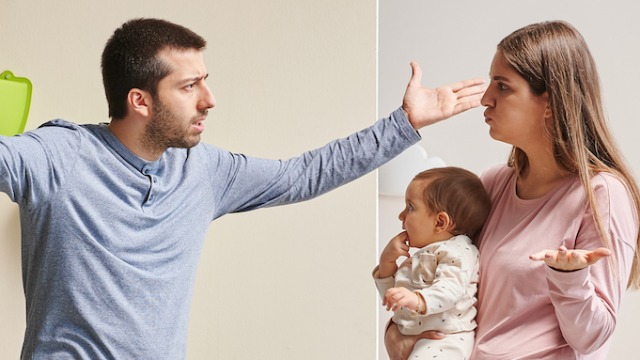 Dad asks if he's wrong to be angry with his wife for always talking about their 8-month-old baby.

Humans are jealous creatures. People can get jealous when there's a new person in their partner's life—even when that person is a baby. A baby they had together.

A dad is having a hard time adjusting to fatherhood. It's not the late night diaper-changing or the non-stop crying that's bothering them, but the fact that his wife just won't shut up about their miracle.

She’s always holding him and kissing him while I feel neglected. I told her she was obsessed with him today after I just had enough.

He had enough, and posted, "[Am I The A**hole] for telling my wife she’s obsessed with our son?":

I knew when our son was born I was probably going to take a back seat in my wife’s life, but not like this. Every time I get home she mostly talks about him. He’s 8 months now already and still he’s the topic of like everything she brings up. She’s always holding him and kissing him while I feel neglected.

I told her she was obsessed with him today after I just had enough. I told her he doesn’t need to be the topic of every conversation, and I can’t even remember what our marriage was like before he came into the picture.