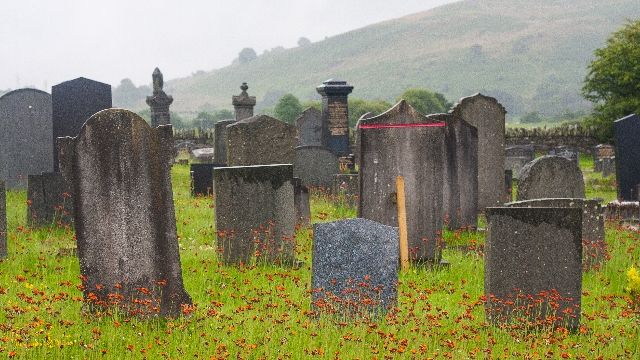 15 people who work in funeral homes and graveyards share their most disturbing stories.

People who work in graveyards, morgues, and funeral homes took a break from dealing with the dead to share their stories on Reddit, and they're fascinating. You can almost smell the fumes from home.

1. beebuns was a human push up bra.

A biker family had a member pass away and they were adamant that she wear a v neck Harley Davidson shirt with her cleavage showing. Gravity doesn't work that way with breasts after death and she had already been embalmed extremely hard with her boobs in her armpits. So I had the magnificent job of sewing them together in order to create the illusion. This profession is wild.

Oh, funerals and tombstones are the family business and my dad has lot of stories. Here are two particularly gross ones. Dad and crew were called out to a cemetery to “clean a mausoleum”, which usually meant scrubbing off graffiti or fixing something which broke. Instead, the groundskeeper brought them over to a tomb where a recently interred body had . . . popped. Black goop running down the walls and the worst stench of his life. He noped out and called a hazmat crew.

Another time they were dropping a vault (cement box they the casket goes inside) into a gravesite before a funeral and noticed what looked like “large pieces of grilled meat” at the bottom of the hole. On asking the cemetery directory what was up ( the hole is supposed to be empty) , he was told to ignore it. He did not ignore it and instead brought it up with some others, eventually notifying the authorities. Turned out they had a crematorium on site and were only partially burning the bodies as a means of saving money. The leftovers were being dropped in the graves of others being buried. Few people went to jail for that apparently.