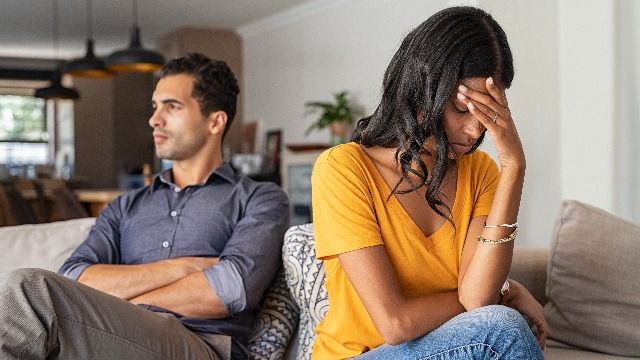 15 divorced people share 'the final straw' that ended the marriage.

As Leo Tolstoy famously wrote in Anna Karenina, a book you have famously pretended to read, "All happy families are alike; each unhappy family is unhappy in its own way." There is no shortage of ways to be unhappy, and divorce stories show just how many different types of misery can be found at the end of a marriage.

A recent Reddit thread asked divorced people to share the "final straw" that broke the marriage, and it's both fascinating and tragic.

1. "My grandmother (who raised me) died very unexpectedly. I cried all night long the first night. The next morning he snapped at me, 'I wish you would get over it already. I want my wife back."

2. "Finding plane tickets and hotel reservations to go meet some dude she had been chatting with online.

Turns out the guy wasn't the fishing-boat owning Alaskan adventurer he claimed. He turned out to be a part-time theater ticket-taker for a movie theater, living in his mom's basement."

3. "The true 'last straw' was when my mom begged me not to let him back in the house because he scared her and she didn't have anywhere else to go. He was abusive and I was in a cycle. I broke it that day. I saw an attorney that afternoon and was divorced six weeks later."

4. "A conversation where she tried to convince me to let her go on a date with a rich guy (“no strings attached - just conversation”) because he already dropped 25k in her bank account."

5. "After a weekend of him 'working' out of town .I found a picture drawn by another child in his overnight bag . During this time I was a stay at home mom with our son who was barely a year old."