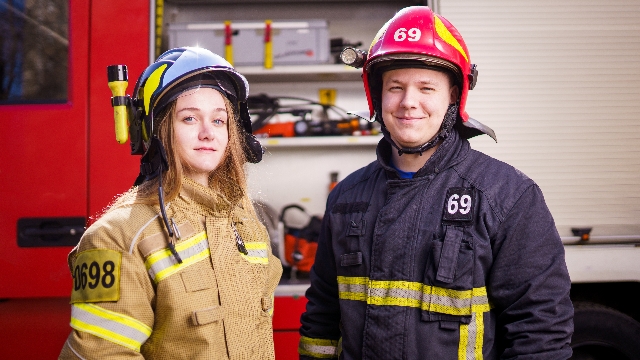 15 firefighters share the dumbest situations they rescued people from.

Being a firefighter means being exposed to both the bravest and stupidest people humanity has to offer. Contrary to popular belief, firefighting isn't all running into burning buildings, it also involves medical calls from people who don't know where to stick their genitals—and that's even more terrifying than an inferno.

Firefighters and first responders shared the stories of their dumbest rescues on Reddit, and please, for everybody's sake: don't put your private parts in a Jacuzzi jet.

Dumba** tried to cross a raging river in zero degree weather about a 300 foot span on a snowmobile. He lived but didn't make the crossing and the machine was recovered days later.

I once had a firefighter tell me he almost died in a house fire while going back into the house to look for the owner. A neighbor was concerned about why the firefighter was still in the residence so he asked another firefighter. This is about how the exchange went:

Neighbor: Why is that fireman still in the house?
Firefighter: He's looking for the owner of the home.
Neighbor: He is right over there with the video camera.

Turns out the owner did not think it was important to alert the fire department he was out of the house. Instead, he was just taking video of the whole event.

The fire started because the owner had tried to smother his barbecue cooker flame with left over wood from the siding that had been installed on his home. The owner did not realize it would burn. Burned his whole house down.