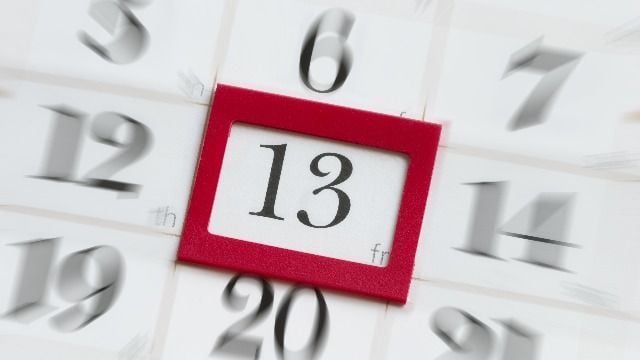 A Friday that falls on the 13th of the month has been considered an unlucky combination throughout the world for milennia. Many people throughout history attribute their fear of the number 13 (also known as triskaidekaphobia) to it being the number of people at The Last Supper, and for bonus misfortune, Jesus's crucifiction was on a Friday.

The anticipated horror of the day was solified by the slasher film franchise Friday the 13th, in which a goalie mask-clad mass murderer Jason Voorhees stalks and kills people.

If that didn't already sound spooky enough, it's Friday the 13th in 2020, and especially scary considering we've experienced one before...