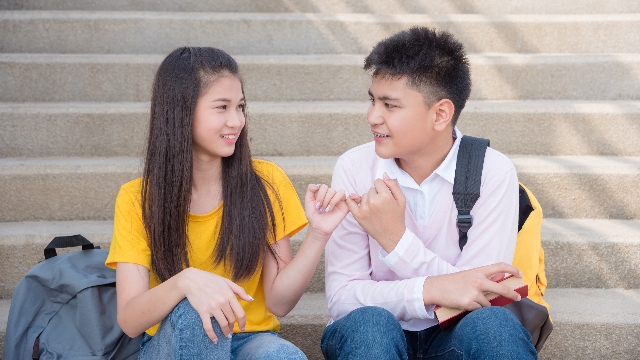 7 people who made marriage pacts and then actually married that person share their stories.

Unlike bookstore meet-cutes and dramatic runs through the airport, marriage pacts are something that don't just exist in romantic comedies.

A Reddit thread asked, "Who here has actually married their 'Let’s get married if we’re still single by 40' person, and what’s the story?"

Whether a marriage of convenience or a rekindled romance, a pinky-promise of a pact is an interesting path to a Happily Ever After, even if the theme of the wedding is "settling."

1. Like every great love story, Kdj2j2's proposal was over Instant Messenger:

The age was 30. Friends through high school and went to college apart. Using IM one night (yes almost 20 years ago), we were chatting. She’d just had a bad break up and I was striking out. I said let’s get married if we’re single at thirty.

She posted on Facebook that she’s single one week after her birthday. My birthday was a week later and I sent, “Gee, we’re supposed to get married soon. We better go in a date.” Married seven years and one kid so far.