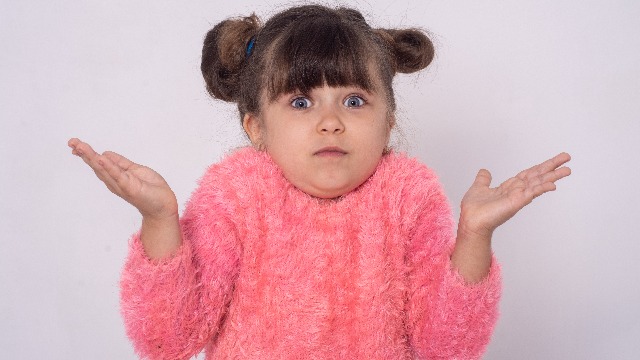 17 people share the most ridiculous things they believed as kids.

Life is more magical when you're a kid, living in a world of pure imagination and not yet able to Google "where to babies come from?" When trying to make sense of the world, children often think thinks that don't make any sense, from believing in mashed potato clouds and strictly suicidal stunt people.

A Reddit thread asked people, "What's something you used to believe as a kid that you now look back on and think 'WTF was wrong with me'?" The answers are adorable.

1. "I used to think dogs and cats were the same animal. Cats were girls and dogs were boys."

2. "That actors would act in real time in a movie every time it was airing on TV."

3. "Watching old movies and TV shows, I used to think the world was black and white until color was invented."

4. "Weird one: when I was like 4 I once put a bit of cereal in my belly button coz I didn't want the baby in my stomach to starve."