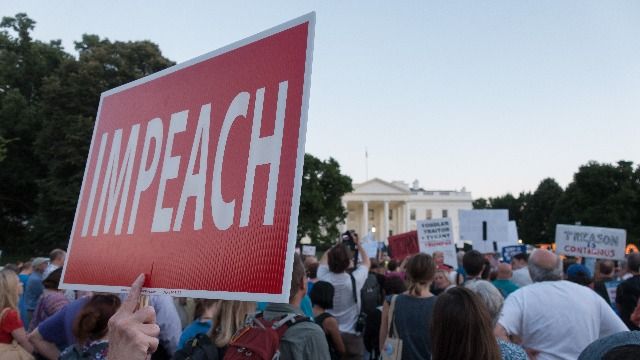 People are reacting to Rep. Jim Jordan defending Trump by talking about the moon landing.

How do you defend a president who lied about losing an election, summoned his supporters to DC, whipped them into a frenzy and told them to attack the Capitol and stop the transition of power? If your Congressman Jim Jordan, the answer is: talk about the moon landing.

Rep. Jim Jordan (R-MI), one of Trump's staunchest supporters in Congress and a former wrestling coach accused of enabling sexual abuse, is running Trump's defense during the impeachment hearing. In his rousing speech trying to spare Trump from a second impeachment, he ranted a bit about "cancel culture," and then gave a short history of flight.