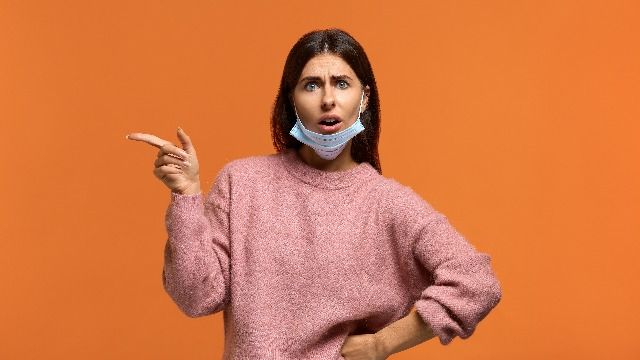 People react to post from 'Karen' who got kicked out of store for wearing lace mask.

A "Karen" took to Facebook to complain about having been refused service at a grocery store in Nevada, only to have people comment and say that the store's manager was in the right. "Karen" refused to wear the mask the manager offered her. A screenshot of the post was submitted to the F*ckYouKaren subreddit, and it's incredibly satisfying to see an entitled anti-masker get criticized. A year into the pandemic, there's no excuse not to understand what constitutes a proper mask.

I just had the worst experience at the Sprouts on Disk Dr in Sparks, NV! The manager Monique became very confrontational and would not ring me up because she did not like the mask I was wearing! She told me I had to put a different mask on or leave the store. I got in line to be rang up so I could leave and she refused because I would not put on her paper mask! She said I shouldn't have been let into the store. I said what about the other 50 times I shopped here and paid with this very mask on! She kept threatening to "trespass me" and kept asking for my ID so she could ban me from the store! She made an embarrassing scene! It was very disturbing!