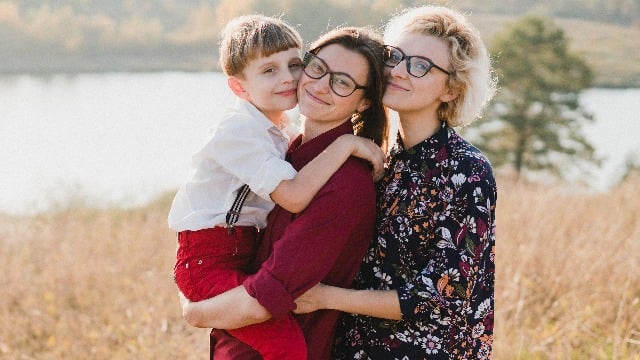 Woman asks if it's wrong to skip her ex's kid's birthday party if she has to pretend to be straight.

Beautiful love stories can be found in the most unlikely of places. The most thrilling romance in ages can be found in an "Am I The A**hole?" post, and it needs to be a movie starring Rachel Weisz as soon as possible.

The post is called "AITA for saying we'd only help with my ex's kid's party if we could tell people we're engaged?" and it buries the lede. The "we" in question are two women who were impregnated by the same man, the ex, and then FELL IN LOVE WITH EACH OTHER!!!

Let's start at the very beginning, a very good place to start.

This guy, "Jack", and I were together for about a year, and within a couple weeks of ending it I found out I was pregnant. I texted Jack to tell him, and a couple hours later this woman, "Liz", showed up at my place saying she and Jack had been together for 6 months, and she was also pregnant, and when the text arrived she got my address out of Jack's phone so she could talk to me before him. I told her everything, and Liz dumped Jack. I was about 6 weeks along at this stage, and she was 12 weeks.

Liz and I weren't exactly bezzie mates to begin with, but Jack took a huge step back when he realised how angry at him we both were, so Liz and I ended up doing pregnancy stuff together. When my roommate said that she didn't want to live with a baby, Liz suggested we move in together. Jack objected, but we told him to get lost and moved in together.