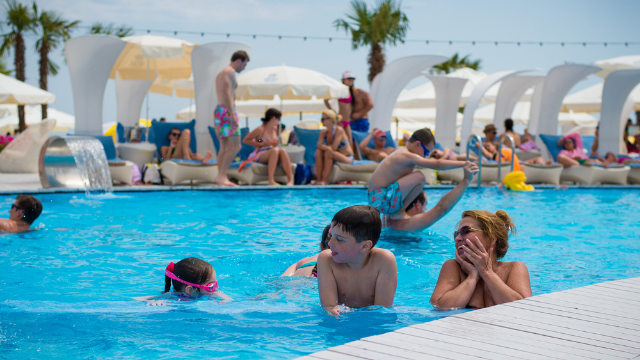 Mom who's son almost drowns warns parents to 'know the signs of struggle' when swimming.

The story has a happy ending, but it's terrifying nonetheless.

Maribeth Leeson's five-year-old son Adam drowned in a busy pool, surrounded by adults. He was saved with CPR and hospitalized soon after, and Leeson told her story in a viral post hoping that all parents will learn "the signs of struggle."

"He looked like he was PLAYING," Leeson wrote in a Facebook post that now has over 240,000 shares. "When I found him myself, 2 feet from adults who were in the pool, my first thought was that it wasn’t him, that it was someone else’s kid who was seeing how long they could hold their breath."

"His limp, gray, lifeless body was pulled from the pool and it was every mother's worst nightmare. He was dead," Leeson wrote. "I heard screaming, and after a minute realized the screaming was coming from me. I watched in slow motion as people rushed to him, as he was laid on the concrete, as CPR was started.