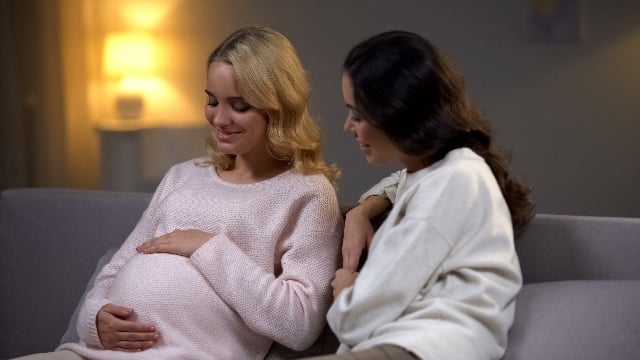 Woman threatens not to give pregnant sister a shower gift if she chooses a 'horrible' baby name.

This "Am I The A**hole?" story involves a woman who named her daughter Isis, and she's surprisingly not the one asking the question.

Artist shesheshe0 is a cool aunt, making woodburned plaques for all her nieces and nephews featuring their names and birthdays. It's become a family tradition that she threatened to break if her sister named her kid something awful, and her sister does have terrible taste. The sister named her firstborn Isis, and at five years old, the niece is younger than the notorious terrorist group.

I (33F) am currently hosting my pregnant sister (29F) and niece at my house. My sister is almost 8 months along, and her husband works in a healthcare field, so we decided it would be safer for her to stay with me for the time being.

My sister is known for having a questionable taste in names. She named my five year old niece Isis, and she was planning to give the new baby and equally bad name. I won’t put it here for privacy reasons, but think along the lines of “Divine Nova” or “Quartz.” Just ridiculous.