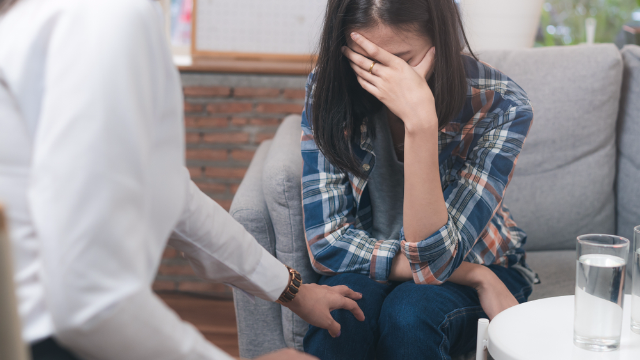 12 people with depression share the most ignorant things people have said about their mental illness.

Being depressed is tough. Not only because you're depressed, but because it's a medical diagnosis that is also a synonym for "extreme sadness." Sometimes it's difficult for non-psychiatrists to understand the realities of mental illness, which leads to people saying some pretty stupid things, whether ill-intentioned or well-intentioned.

People on Reddit shared the most ignorant things they've been told about their own health, and, well, Imagine the response if you said these things to somebody with literally any other illness.

3. "My 18-year-old daughter recently went through some depression/suicide attempts/inpatient care. My mother and her mother's parents(and even her mother) just don't get it. 'She's got everything, she shouldn't be doing this.' They are all well-intentioned, but their generation/attitude just can't grasp mental conditions, only a+b=you are happy. I tried to explain that sometimes people are just wired different, but they usually just shake their head since it requires some 'new' thinking."